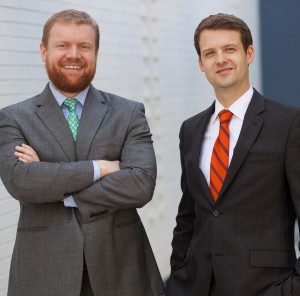 The majority of the settlements we have attained have been confidential. However, some of our verdicts and judgments are a matter of public record. You can read about the $4.8 million wage discrimination award against Fulton County. You can read about the $226,658 judgment James Radford attained after a jury trial in the sex discrimination case of Karas v. New NGC, Inc. You can also read about the $250,000 settlement we attained for two former chiefs of police who were fired after opposing unlawful acts by the mayor in Grantham v. City of Lakeland. These are only a few examples of the success we have had achieving justice for our clients who have suffered employment discrimination. We have achieved significant settlements and judgments for our clients against a wide array of employers, ranging from small municipalities, to multinational pharmaceutical firms, to military contractors. 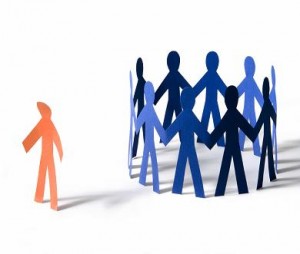 A number of federal law protects employees against discrimination on the basis of certain protected categories. In general, the employment discrimination statutes protect against employees suffering “adverse employment actions,” (e.g. termination, demotion, failure to hire), if it can be proven that the reason for the adverse action was a “protected category,” such as race, sex, or disability. In addition, the laws protect against harassment on the basis of a protected category, if the harassment is “severe or pervasive.” For harassment to be illegal under the law, it must rise above common workplace bullying or harassment, to the level that it substantially interferes with the employee’s ability to work. The laws also generally protect against retaliation, which is defined as an adverse employment action taken against an employee due to the employee’s expressing opposition to conduct that he or she reasonably believes to be unlawful under the anti-discrimination statutes.

A summary of these laws is below. This should by no means be taken as an exhaustive discussion of these laws. There may be additional provisions that protect against other forms of discrimination. However, the most-cited laws are discussed here.

Title VII of the Civil Rights Act of 1964, 42 U.S.C. 2000e, et seq. This is the most-cited civil rights statute. In the employment context, Title VII protects employees against discrimination on the basis of their race, color, religion, sex, or national origin. In addition, Title VII protects employees against retaliation where the employees oppose conduct that they reasonably believe to be in violation of Title VII. Retaliation claims commonly involve an employee who complains about discriminatory conduct (such as racial slurs or sexual harassment) in the workplace, and suffers an adverse employment action (such as demotion or termination) as a result. Before an employee may bring a lawsuit for violation of Title VII, the employee must first file a charge of discrimination with the U.S. Equal Employment Opportunity Commission within 180 days of the adverse employment action.

Americans with Disabilities Act. The Americans with Disabilities Act (ADA) prohibits discrimination against a person due to that person’s disability. “Disability” is defined broadly, and includes (a) a physical or mental impairment that substantially limits one or more major life activities (sometimes referred to in the regulations as an “actual disability”); (b) a record of a physical or mental impairment that substantially limited a major life activity (“record of”); or (c) being “regarded as” or perceived to have an impairment that is not both transitory and minor (“regarded as”). As with Title VII, before an employee may bring a lawsuit for violation of Title VII, the employee must first file a charge of discrimination with the U.S. Equal Employment Opportunity Commission within 180 days of the adverse employment action.

Age Discrimination in Employment Act. The ADEA, codified at 29 U.S.C. 621, prohibits employment discrimination against persons 40 years of age or older. Courts have held that the ADEA prohibits any age discrimination, so long as the plaintiff is over 40, even if the person who is favored is also 40, so long as the favored individual is younger than the plaintiff. So, for example, if an employer deems a 65-year-old employee “too old,” and replaces him or her with a 45-year old employee, the 65-year-old employee may bring a claim, even though both employees are over 40. There is no claim for “reverse age discrimination,” i.e. discrimination against someone due to being younger. As with Title VII and ADA, the employee must first file a charge of discrimination with the U.S. Equal Employment Opportunity Commission within 180 days of the adverse employment action.

Section 1983 / Equal Protection Clause. The Equal Protection Clause, which is found in the Fourteenth Amendment to the United States Constitution. states that no state shall deny to any person “the equal protection of the laws.” This has been interpreted to prohibit, under most circumstances, discrimination on the basis of race and sex by government employers (such as a state, a public school, a county, a city, etc.). Under some circumstances, the Equal Protection clause also prohibits discrimination by a public entity against persons based on disability, religion, and even sexual orientation. An individual who can prove that he or she has been denied “equal protection of the laws” by being discriminated against by a government employer can sue the individual responsible under 42 U.S.C. 1983, a law that provides for individual liability against one who, while acting under color of state law, violates the constitutional rights of another. This is an especially complicated area of law, and claims are subject to a number of legal immunities. However, an experienced civil rights lawyer can help to successfully prosecute such a claim.

If you believe you have been the victim of discrimination in employment, we are anxious to hear from you. Please contact us today.