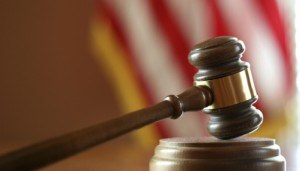 We are proud to announce today’s order in the case of R.W. v. Board of Regents of the University System of Georgia. We brought suit on behalf of a schizophrenic student who was removed from housing and forced to comply with Georgia State University’s so-called “risk assessment” protocol after the university learned of his diagnosis. GSU sought judgment in their favor, stating that they were immune from suit and that there was insufficient evidence to show intentional discrimination.

The court has rejected those arguments. In today’s order, the court ruled that there was sufficient evidence to conclude that GSU intentionally discriminated against our client due to his disability, without evidence that he posed a threat to campus safety, in violation of the Americans with Disabilities Act (ADA) and Rehabilitation Act.

This is a significant decision for students with mental health disabilities. As reported by Newsweek Magazine, college students with mental illnesses have been increasingly ostracized in recent years and treated as “threats” without any evidence that they actually pose a harm to others. We look forward to continuing to advocate for our client and ultimately to achieve justice in this matter.

Read the full order below.

R.W. v. Georgia Board of Regents – Order on Motions for Summary Judgment by James Radford